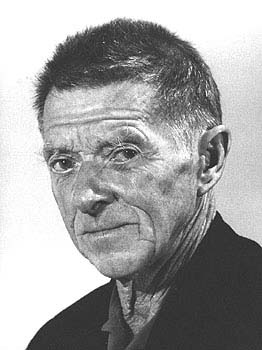 Edgar Dell migrated to Australia from England in 1924, bought a block of land in the bush in the Darling Ranges at Kalamunda, near Perth, cleared it and established an orchard there. He painted Australian native plants during the Depression years, while earning a living timber cutting in the bush.

In 1958 this book was revised and enlarged to accommodate 80 of Edgar Dell's watercolours and an expanded text. A number of these 40-year-old watercolours were retained when the book was again revised and re-illustrated for a completely new edition in the early 1970's as 'Wildflowers of Western Australia'.

In 1973, Edgar Dell, then 72, was still living on the orchard which he cut from the bush in the Depression. His interest in flowers then found its outlet in their cultivation. In this he is following a family tradition, for his parents in England combined the culture of plants in a family nursery with painting. His grandfather also, was an artist.

For examples of artwork, see: www.anbg.gov.au/gallery/art-by-artist.html