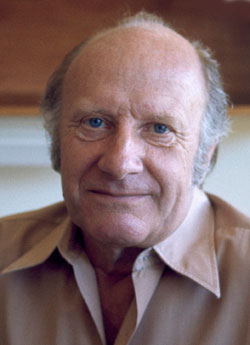 Born in Ravensburg, Germany, on 1 April 1916, died on a visit to Berlin, Germany, 22 June 1992 (resident in Canberra, Australian Capital Territory).

Educated in Germany, at the University of Berlin and the University of Halle-Wittenberg. A protégé of Professor Diels, Eichler worked at the Botanisches Museum Berlin-Dahlem (1936-1943). In 1944 he was exempted from war service to study and work at the Kaiser-Wilhelm-Institut für Kulturpflanzenforschung in Vienna, Austria and Gatersleben, Germany. Over the next decade he gained his Dr. rer. nat. (equivalent to a PhD.) and received an eighteen month post-doctoral scholarship to undertake research at the Rijksherbarium, Leiden. In November 1955 he took up the position of first Keeper of the State Herbarium of South Australia (AD), and in 1973 was appointed as Curator of Herbarium Australiense (CANB), Australian Capital Territory, where he remained until his retirement in 1981.

His first herbarium of European specimens was destroyed by war action on 1 March 1943. His second herbarium, of 12 000 specimens from Germany, the Alps, Hungary, the Crimea, Daghestan and Sicily is housed mainly in GAT and HAL, with some also in AD and CANB. His third and largest herbarium of over 20 000 specimens, from all States of Australia (with a few specimens from New Zealand and Papua New Guinea), is housed in AD and CANB, with duplicates in many herbaria around the world.

Eichler had a strong lifelong interest in nomenclature and served on several international nomenclatural committees. His taxonomic interests centred on Hydrocotyle, Ranunculaceae and Zygophyllaceae, but extended to many other groups, exemplified by his landmark Supplement to Black's Flora of South Australia and Corrigenda (Eichler 1965, 1966).

He had married Marlies (Marie-Luise) in Germany in 1953. After his death Marlies Eichler (1920-2011) was a strong supporter of taxonomic endeavours in Australia, especially with financial support for the Hansjörg Eichler Scientific Research Fund for student awards through the Australian Systematic Botany Society (ASBS). Marlies died on 1 January 2011 in Sydney.
[Marlies (Marie-Louise) Eichler born in Bad-Rehburg, Germany, 28.9.1920, died Allambie Heights, Sydney, 1.1.2011 ]