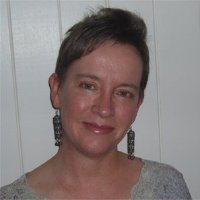 Anne Hayes studied commercial art in Brisbane and received her diploma in 1992. Majoring in illustration she was awarded honours for her portfolio, which was also adjudged the Portfolio of the Year. While completing her studies, Anne worked in a Brisbane commercial art studio. That was before computers entered the world of graphic design and illustration. She did a lot of black and white illustration using Rotring pens on illustration board. All their colour work was either in watercolour or gouache for traditional illustraton and acrylic for a brushing. After three years working in the commercial art studio, Anne moved to New Zealand where she settled in Queenstown on the shores of Lake Wakatipu. There Anne concentrated on the fine-art side of things. painting portraits on commission and producing landscape paintings in oils on canvas for dealer galleries on both North and South islands. But, after 10 years, the homesickness became too much she moved back to Brisbane and commenced an advanced diploma in visual communication. The course gave her all the skills necessary to negotiate the digital revolution. Now she was equipped with updated computer knowledge in Adobe Creative Suite and programs such as Illustrator, Photoshop, InDesign, Dreamweaver and Flash.

Anne worked as a project designer in educational publishing and among lots of design work she also illustrated eight children's storybooks. Some of these were executed in watercolour but most were produced using Illustrator. But after attending the annual show of the Society for Growing Australian Plants in 2010, Anne's creative life was to change forever. She became fascinated with botanical illustration and has not looked back since. She came across a stall run by the Botanical Artists Society of Queensland and duly took one of their beginner courses in botanical drawing. From that time on botanical art became her passion.

In 2014 Anne was running her own freelance illustration business where she has a strong preference for botanical subjects. And to make the most of the creative and illustrative potential of such subject matter she resorts to her favourite medium - that most traditional one, watercolour.