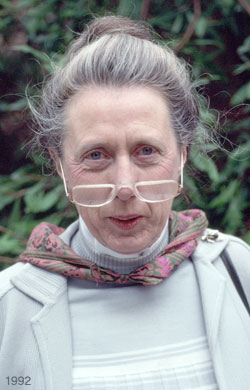 Helen was raised on a farm at Barjarg and was automatically exposed to the local natural history. She gained her science degrees at the University of Sydney and taught there and at the Australian National University. From there Helen joined the Australian Biological Resources Study team in the production of the Flora of Australia.

As a collector, Helen's major contribution was to the liverwort family Aneuraceae, collected in the States of the east and in New Guinea.

As an illustrator, Helen illustrated her own work for publication - this included contributions to the Flora of Australia. As an author, Helen not only contributed to formal science, but also to more popular works. These include contributions to the National Library of Australia publications, Flower Paintings of Ellis Rowan (1982) and The Hunter Sketchbook (1989). Helen also wrote Australia: 300 Years of Botanical Illustration (1999), CSIRO Publishing, Melbourne. She also prepared a series of calendars featuring botanical artists, the last of these for 2008, the year after her death. These publications reflect her deep interest in botanical illustration and art - an interest which has led to painting in retirement. As an artist, Helen actively participates in Canberra's Wildlife and Botanical Artists group and has exhibited successfully at their exhibitions.

Examples of her coloured artwork: