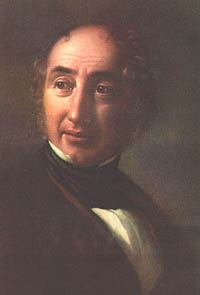 Although without formal botanical training, William Hooker became one of the most influential British botanists of his time. Managed a brewery before becoming Professor of Botany at Glasgow University (1820-1840). After the death of Banks, Kew Gardens was allowed to sink into decline. The appointment of William Hooker as its Director in 1841 revitalised the gardens and herbarium. Hooker (and his son) recruited correspondents and collectors throughout the world. In Australia, Lawrence and Gunn in Tasmania, Drummond in Western Australia, Mueller and Adamson in Victoria, and others, sent copious material to Kew.

Hooker published tirelessly, including many descriptions of Australian plants, particularly in the journals which he edited, Botanical Miscellany and The Journal of Botany.

His herbarium is housed at K, with some duplicates elsewhere, e.g. LINN and LIV.

Examples of his artwork:

Source: extracted from: A.E.Orchard (1999) A History of Systematic Botany in Australia, in Flora of Australia Vol.1, 2nd ed., ABRS. [consult for source references]