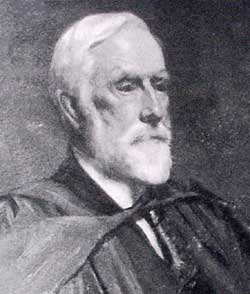 His father was a Wesleyan Minister, with the usual very modest stipend which did not allow him to pay for his son at a university, but young Lucas won scholarships at Oxford and at medical school in London. Halfway through the medical course he sacrificed his medical career on the death of his father and because of the necessity to financially support his brother’s three young children; this he was able to do by accepting a mastership at Leys School, Cambridge.

In 1883 Lucas was appointed Mathematics and Science Master at Wesley College, Melbourne, and was later Headmaster at Newington College, Stanmore, Sydney (1892-98). In 1899 he became Mathematics and Science Master at the Sydney Grammar School, where he remained until the end of 1923; during World War I he was acting Headmaster and, later, Headmaster. For many years he was examiner in Chemistry at Sydney Technical College and, during the absence of Professor David, assisted with lectures in Geology and Physiography at the University of Sydney.

He was a member of the Linnean Society of New South Wales and contributed 14 papers to its proceedings, at first on lizards but later on marine algae on which he was considered an acknowledged authority. During his later years he was Honorary Specialist for Algae to the National Herbarium, Sydney, and wrote the article on Algae in the Australian Encyclopaedia.

When he was 70 he accepted the Chair of Mathematics at the University of Tasmania as acting Professor. Subsequently, the Commonwealth Government sent him to Western Australia to report on economic possibilities in that State.

After his death Part I of The Seaweeds of South Australia (1936) was issued by the South Australian Branch of the British Science Guild. The personal esteem with which he was held is clearly seen in the Memorial Notice in Proc. Linn. Soc. NS.W 62, 243-8 (1937).