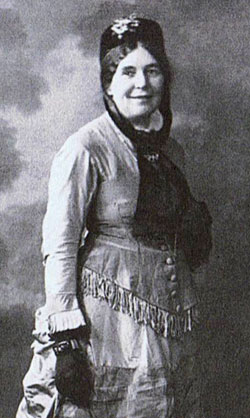 Born 3 May 1878 in St Kilda, Victoria; died of heart failure on 15 April 1941 while riding her horse home from a meeting of the Women's Riding Club at Watermans Bay, WA.

She was born Emily Sims in St Kilda, later moving to Perth, Western Australia where she married a banker, Theodore Parker Pelloe, in 1902. An early interest in equestrian sports was replaced with an interest in botany in 1916. In 1920 she wrote for The West Australian, in a column 'Women's Interests' as 'Ixia', and contributed to such organisations as the Country Women's Association, a writers club, and continued her interest with horse riding.

She began to paint and publish a large number of watercolours, her landscapes were also acquired by government departments. She collaborated with the state botanist, C. A. Gardner, in producing her books.

Aside from a number of paintings and illustrations, her most noted works are Wildflowers of Western Australia in 1921 and West Australian Orchids in 1930. These publications were intended to be accessible by amateur naturalists and enthusiasts, the scientific descriptions were accompanied with more 'subjective' exposition. The specimens are carefully illustrated, painted, and described, yet her Drosera and Cephalotus were presented as "bloodthirsty savages of plant life". The books were popular and commended.

Several publications were issued as Wildflowers Of Western Australia, another so-titled (1936) by the state's Tourist & Publicity Bureau was by Gardner, with a painting by Emily Pelloe. Another was published in 1941 by Gardner; 'localities and flowering seasons, by Emily H. Pelloe'. These shorter publications were for the promotion and celebration of the states flora, and similar works continued to be produced as supplements in the West Australian newspaper for many years.

Examples of her artwork: