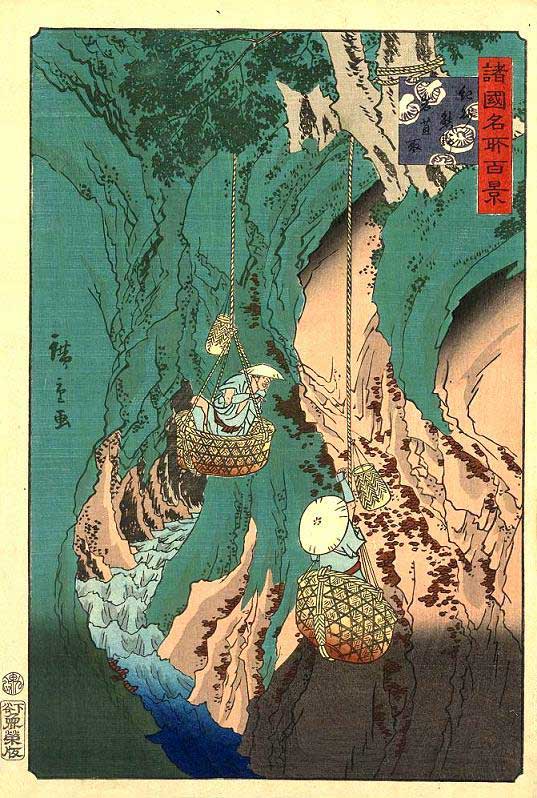 In transliterated Japanese the title of the picture is Kishū Kumano iwatake tori and is part of the series Shokoku meisho hyakkei (100 famous views in the various provinces) by the woodblock artist Chinpei Suzuki (1829-1869). He is also known as Hiroshige II for he was the student and adopted son of the artist Utagawa Hiroshige (1797-1858), whose name he took after his master's death. The picture was published in 1860 and measures about 36 x 24 centimetres.

This picture was obtained from the online prints & photographs holdings of the Library of Congress of the United States.